An excellent playlist created by myself and two close friends. Make sure to shuffle! 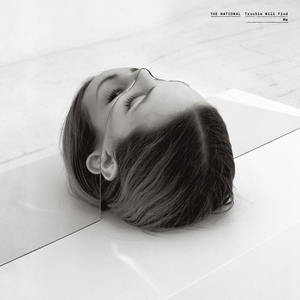 The National’s escalating popularity is in no small measure due to their reliability: they write songs about heartbreak and social inadequacy that spark vivid memories we can all relate to, the greatness reached when the audience realise they are a part of the song.

No doubt this is true. But to say The National have had a linear career would be mistaken. Each album has been ambitious, accomplished and sophisticated in varying ways, and while 2010’s High Violet launched the band in to the mainstream, Trouble Will Find Me shows the quartet at their most comfortable.

The album scales back from the wrought orchestral arrangements of High Violet, unveiling the same troubled group that are entering middle age, producing an album less euphoric but more realistic and approachable to an outsider.

Even the most devoted of fans would agree their first two albums – The National (2001) and Sad Songs for Dirty Lovers (2003) ­– were poor compared to what they would go on to create, the talent in the scenario being that of the talent spotter, as with most 90s and early noughties anglophile musicians.

But what a fantastic job that spotter did: the musical genius came in 2004 when the band moved away from the rudimental mix of folk and rock that resembled a ruckus and Cherry Tree was released, containing the heart-wrenching “About Today” and strangely optimistic “All the wine”, which would be later recorded on their fourth album.

In 2005, a year after the musicians quit their day jobs and signed to Beggars Banquet Records, they released Alligator with its raw sound and metaphorical lyrics. Sales were modest, but the album was critically acclaimed and launched them further in to the spotlight where they created Boxer, an offering equally composed but charming for an altogether different reason.

While Alligator and Boxer differ, they can be taken as a pair, and these albums will always be unbeatable to some. Yet, they could not have prepared for what would happen after the release of High Violet, the recognition skyrocketing The National in to an arena-filling quartet with the ability to draw a crowd of 10,000 to an Obama rally.

Trouble Will Find Me, however, is the band reaching a level of Zen and confidence they had not previously achieved, accomplishing their most aerodynamic and smooth album yet. The simple nature of the record could have proved devastatingly boring in lesser hands, as the ensemble moves away from allusive and abstract lyrics to the immediate and searingly honest, pulling in St. Vincent and Sharon Van Etten to balance Beringer’s baritone throughout.

In the album’s title track, ‘Demons’, Berninger tragically directly tells us “I stay down with my demons”, while revealing the insecurity in the words “When I walk into a room, I do not light it up. Fuck.” fitting with National-esque themes of self-image and relationships. The National create a private world for each listener, where it is very possible to get swallowed up in disappointment and despondency during each track.

‘Don’t Swallow the Cap’’s paranoia about dying and leaving children behind touches on a theme less commonly known but is the first time that drummer Bryan Devendorf makes his presence felt, contributing a prominent beat that drives the song and gives the album a needed boost in tempo, while none of the layers and complexities of the Dessyner brothers’ guitars are lost.

By the time we have reached the album’s anthem, ‘Graceless’, we have been pulled in every direction already. Yet, the song builds up expertly and is musically rousing despite the sombre motif of not being “my rosy self”. And while you would not call the National a ‘guitar band’, ‘Slipped’ opens delicately, using the instrument as a basis for the sombre tune about desperation, with the assertion that “I keep feeling small and smaller”.

With the baritone throughout, Berninger notes in ‘Pink Rabbits’ that “I was a white girl in a crowd of white girls in a park. You didn’t see me I was falling apart, I was a television version of a person with a broken heart” as he keeps with the theme of solitude in spite of the people around him.

For newcomers, this album is immediately lovable through its simplicity and directness of lyrics, but resonates with the familiar fan, as the band does not forget hints of The National’s illusive lyrics lurking in the lines of some of the more poetic songs.

This album is a gift that takes you on a journey. It is the refinement of what the band has done over the last decade, and the self-awareness they have reached; like an artist who knows when to stop painting. The National may be no closer to finding peace, but it is the subtlety of this album that makes it so accomplished.