BROOKLYN –– Captured Tracks spokesman Leslie Hardy announced early Sunday morning that “slacker rocker” Mac DeMarco’s next album cover would double as an advertisement for Marlboro Reds. This will be the musicians fifth studio album with the indie label.

The album cover, which depicts DeMarco sitting on a large cigarette, also shows him smoking.

“We’re really excited about the money this will bring Mac and the label, we’ll be able to buy, like, five or six new ping pong tables for the office – at least” says Hardy.

When asked why he would endorse the tobacco giant, Mac DeMarco responded that they “pay better than Viceroy”, who allegedly only paid him in single-serving bags of preprepared salad.

“That’s how I got the name for my third album,” says DeMarco. “It was all I was eating at the time.”

It’s unclear how this sponsorship will affect the musician’s young fanbase, who already have enough trouble affording cheap cigarettes.

LOS ANGELES — A new coming-of-age independent film centered around the life of a young white teenager promises laughs, but not so many as to be really, really funny.

Noah Baumbach, director of Greenburg , said that, “the movie is definitely a comedy, but it will also be really sad too.”

The film, which will premiere somewhere then end up on Netflix, has already been awarded a premature score 79% on Rotten Tomatoes.

Zach Braff is in talk with the film’s studio to score the soundtrack himself.

I started this blog in January 2015. But I really started it, as the longform, playlist-curating juggernaut that it is today (sarcasm) , in July 2015. Here is a one year anniversary mixtape with all 818 songs that were put into my Monthly Mixtape during the last 12 months.

Just for fun, here are a few things I’ve noticed about my listening habits and music in general over the course of these last 12 months.

Favorite sound: I’m not surprised, just a little disappointed. I still have the same affinity for jangly, Real Estate-esque guitar-driven indie songs. Not sure when I’ll shake this preference, but I’m beginning to feel a bit exhausted by just how beach-y and chill most of my music is.

Most appearances on the playlist: Tie: Car Seat Headrest (5) and Yung (5)

Most under-appreciated album: There are ton of great albums that got very little recognition in the last year, but I’m going to throw out This is for the Time by Blah Blah Blah, simply because it came out on New Year’s Eve and will probably fall between the cracks come list season.

Biggest regret: Definitely the complete absence of Kanye on the playlist. Though I partially blame him and Tidal for that.

And now, just for fun, here are 10 songs that I really love from the last 12 months – songs that I probably haven’t mentioned in previous lists or blog posts, (well, except this one) but make an appearance on the anniversary playlist.

“People are saying I left Real Estate to work on my solo stuff, which just isn’t true,” says Mondanile. “A lot of fans don’t know this but Ducktails is just Real Estate songs played backwards anyway, only chiller.” 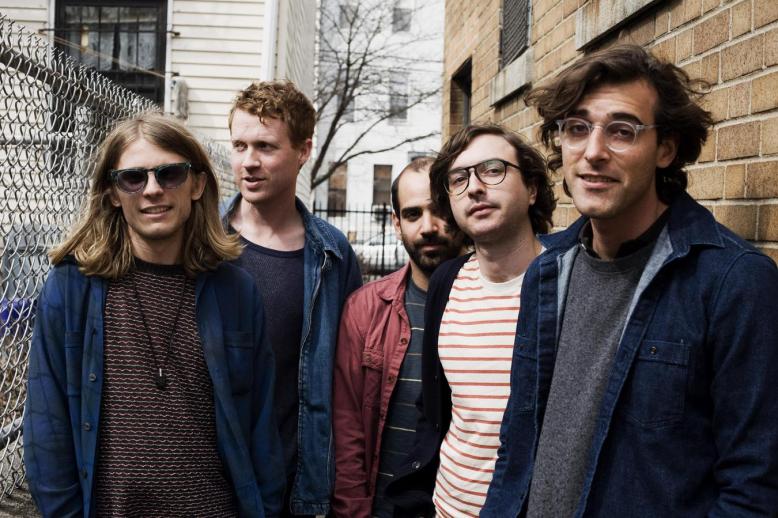 Martin Courtney, the band’s vocalist, says he was shocked by his childhood friend’s departure: “All I know is I went into the studio one day and all the hacky sacks and Capri Suns were gone.”

Sources close to the friends say this rift in the band came as no surprise, and that tension had been growing among the band mates since Courtney recorded over Mondanile’s VHS tape of Weekend at Bernie’s.

LOS ANGELES — The surprise release of Frank Ocean’s highly anticipated Boys Don’t Cry fell on deaf ears late Sunday night when the R&B superstar unexpectedly released the record to relatively little reaction from the internet. Ocean, whose 2012 album channel ORANGE was met with massive critical acclaim, said he was shocked that the his newest project didn’t incite the Beyonce-caliber frenzy he was counting on, “I was kind of hoping tosurprise my fans with this new music, because they’re so patient, ya know?”

Daniel Roddins, a sophomore at Temple University in Philadelphia, and self-proclaimed Frank Ocean fan, admits that when the album was released he was “deep in shopping Harambe and Frank into an Arthur meme” and didn’t notice.

Check it out, these are handpicked just for you.

So for being so late with the playlist, three guys from Toronto that follow my blog.

The best songs of the month, hand-picked by yours truly. It’s a doozy.

The holiday season is usually a graveyard for new music, unless you like the same seven Christmas songs lazily rehashed by 100 different artists. I personally don’t. I didn’t even plan on making a list of December, but here we are. Check out these great albums released last month.

This is a cool record. Open Spaces shifts masterfully between mesmerizing and upbeat bedroom pop like “The Undergound” and “Nights Out” to songs like the borderline sinister “Empty Streets”, which is what I imagine plays in the waiting room of Satan’s dentist office. Bottom line, Open Spaces is all about blending expansive sounds to create the sensation of open spaces (reverb helps) and, like most bedroom bandcamp projects, it’s about doing a lot with a little. In this it succeeds tremendously.

Blah Blah Blah – This is for the Time

These veterans of ballroom-rock hailing from Chicago dropped this 12 track treat on New Year’s Eve. This is for the Time is 29 minutes of romantic, soulful  guitar rock fit to make a NME columnist change his pants.

You’ll like this is if you like: The Smiths, Ski Lodge, and Cut Off Your Hands
Best song: “I’ve Been So Down”

A pretty straightforward dream pop EP. It’s five songs, all of which are solid. You can tell they’ve really cleaned up their sound from their 2014 debut LP Evergreen, for better or for worse, and laid off the synth a bit in favor of jangle-y slacker guitar riffs.

You’ll like this if you like: Ducktails, Keep Shelly in Athens, and Widowspeak
Best song: “Cloudy Wastelands”

I’m going to keep this short because I’ve been preaching about The Walters since before I had this blog and even I’m getting tired of it, but these guys are going to be huge. This follow-up EP just further proves my point. Their self-styled cardigan rock is universal in its charm and if their motivated enough, they’ll break through to the inner circle of beloved,  indie starlets by the end of 2016.

You’ll like this if you like:  Good Morning and Alex Bleeker & The Freaks (first album only)
Best song: “City Blues”

Other great albums from December

The best new songs from December, handpicked just for you.